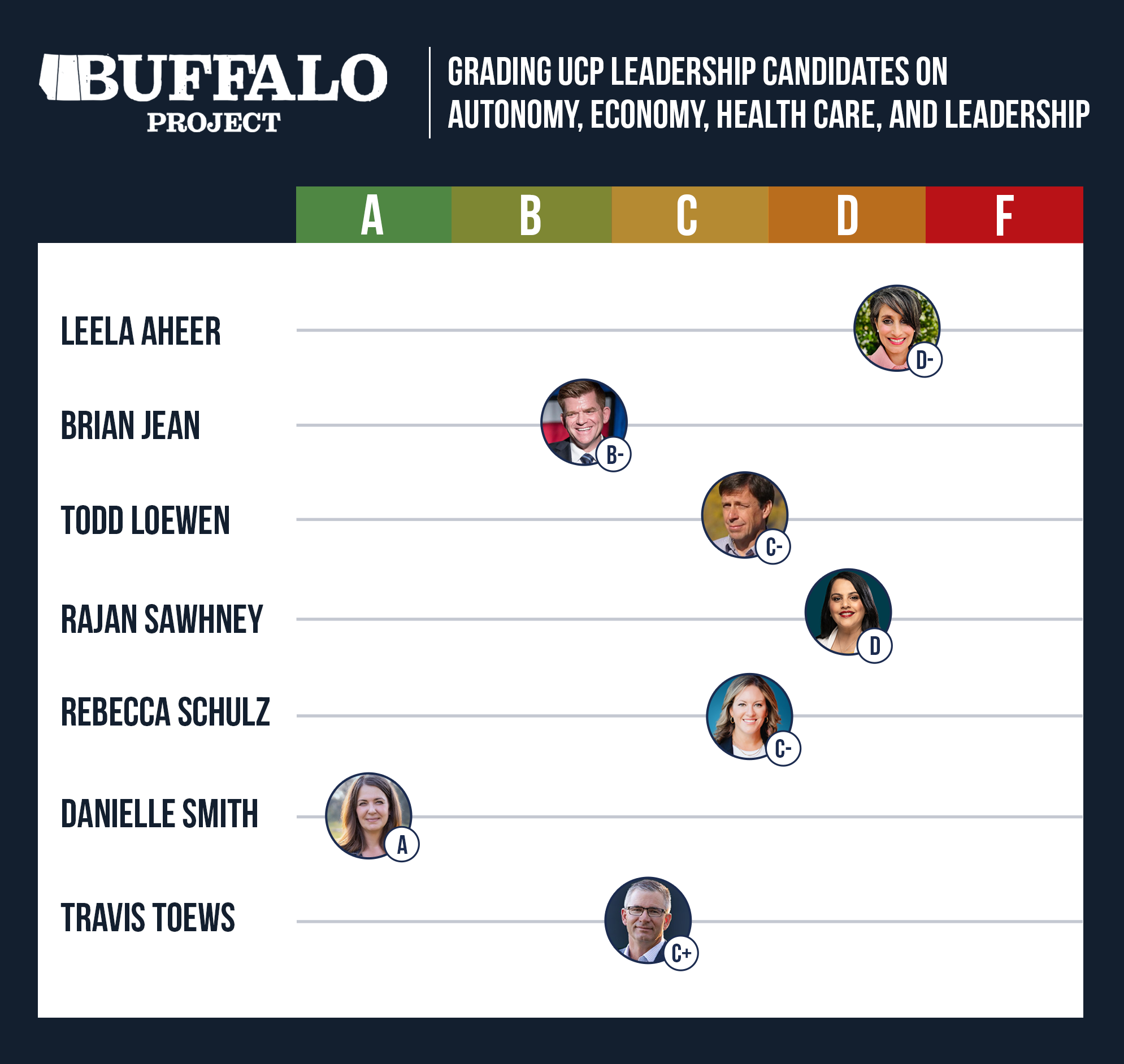 Voting has begun in the race to choose the new United Conservative Party leader and next Alberta Premier.

Since our initial grading, much has taken place along with the need for updated grading as people begin casting their ballots.

In early August, we graded candidates based on four main categories equally: Autonomy, Economy, Restructured Healthcare and Leadership. More detailed criteria on these categories can be found in our August report.

For this report, we are placing greater weight on autonomy and leadership for two reasons.

First, now is a critical juncture for Alberta and many candidates seem to be softening their positions on provincial autonomy. Without strong leadership to push for greater provincial rights in the face of criticism, we may never see change.

Second, without greater provincial control, we will continue to be restricted in pursuing our economic goals and restructured health care.

it is our intention to stimulate discussion and draw out and grade candidates’ positions on key action requirements that Buffalo Project feels are essential for Alberta increased autonomy within Canada.

We urge everyone to study all the candidates and vote for the one that best fits your vision for Alberta.

General comments on the Sovereignty Act

Before we get into the new grading, we need to discuss the Sovereignty Act. Like it or not, this one policy has dominated discussion and for good reason.

Inaction by our provincial government combined with indifference and outright federal hostility to Alberta’s industries has reached a boiling point.

Regardless of who wins this race, the Sovereignty Act is here to stay, as a tangible act or the spirit thereof.

The new Premier cannot hope to maintain unity within the party without swift and tangible action to ensure Alberta finally gets more control over its affairs.

The news conference appeared to be organized by the Toews team as an “anyone but Danielle” move. The most legitimate argument from this side is the worry that a Smith lead government could lose a vote on the Sovereignty Act with the majority of the UCP caucus supporting other candidates. That could lead to an early general election or another leadership election.

Such an argument is likely political grandstanding as the caucus ignoring the will of members on the first vote seems unlikely.

The concern has become that Toews, Jean, Aheer, Sawhney, and to a lesser extent Schulz, are spending most of their time attacking Smith rather than talking about the merits of their own autonomy plans.

Gaining more provincial control of our affairs will be difficult and often politically unpopular. We need a leader who can sell these ideas to the public with a strong conviction and solution seeking attitude.

The candidates at the news conference seem to want to find more ways not to act rather than finding solutions to make meaningful progress.

Below are the new grades and write ups on each candidate as of September 15, 2022.

Aheer has not shifted her message significantly during the race. Her plans on autonomy, the economy, and health care lack still lack specifics.

Aheer’s message of “Alberta should lead Canada, not leave Canada” is catchy but not tangible.

Many appreciate her passion and advocacy on other issues but do not see her approach as adequate to address the challenges facing Alberta.

Grade: D- (upgrading from an F)

Jean has been consistent in saying constitutional reform is needed for Alberta to truly gain more autonomy.

While not as flashy as others, Jean has a strong plan and could well be right about pushing constitutional reform over other measures to gain provincial autonomy.

Jean has urged Danielle Smith to detail what would be in the Sovereignty Act and his advocacy on gasoline price fixing is appreciated by many.

He has presented detailed plans on agriculture but has little on health care and other issues.

Questions remain about his communication skills to unite the party, sell his constitutional change vision to the nation, and beat Rachel Notley, but he is worthy of an upgrade.

Loewen continues to support the Alberta Sovereignty Act and other autonomy measures.

He has recently detailed some tax and health policy that is welcomed. His down-to-earth style in the most recently leadership debate also earned him points among some.

While many question his ability to lead a caucus and province, his convictions are strong, and he has consistently pushed for action on provincial rights.

Many appreciate his contributions to the race and he’s deserving of a grade increase.

Sawhney has presented a plethora of policy positions since our initial grading.

While all the new information is welcomed, her statements lack a central theme or vision. Her emails to members are very long winded and it’s difficult to comprehend what her key priorities really are.

Sawhney has probably been the most vocal critical of the Alberta Sovereignty Act and has gone after Danielle Smith relentlessly.

Overall, many appreciate her passion and large variety of new policy statements but find her communication skills and vision lacking. She has earned a slight upgrade.

The platform has many detailed policies and some timelines on all the criteria for our grading.

Her vision of common sense and humility to “stand up to Ottawa, beat the NDP, and unleash Alberta’s potential” took a while but is solid ground.

On leadership, most view her as a good option to beat Rachel Notley as a young, good communicator.

But there seems to be a lack of depth or conviction restricting her ability to connect.

A well-liked MLA with a great future, she needs more experience and time to develop her convictions. Her grade now sits at C-.

Smith has remained steady with her conviction about the Alberta Sovereignty Act and action on provincial rights since Day 1.

She has endured relentless attacks from all camps (as noted above in our Sovereignty Act discussion), and even had a dust up with Premier Kenney and Alberta’s Lieutenant Governor, which is rather unprecedented and damaging to the integrity of the leadership selection process.

Her ability to stand firm during so many attacks with a level of grace is underrated and shows she’s ready to be the determined leader Alberta needs in this season.

Smith’s ability to unite the caucus and province around her vision remains a question but her strong communications skills, experience, and deep convictions show she’s up to the challenge.

She receives a top grade.

Grade: A (upgraded from B)

Toews has not released any new policy since our last report but has continued to improve his message by building off his previous announcements.

He has been quick in responding to issues and could be a good “steady hand on the wheel” type of leader.

When pushed on when Alberta would take action to stand up for our provincial rights, he often says we need to be “strategic” and “bring people along”. To most, that sounds much like the current leader which led to inaction and a leadership contest now.

Toews has some strong policy and caucus support but hasn’t done enough to differentiate himself from the direction of the current administration.

Grade: C+ (downgraded from B) 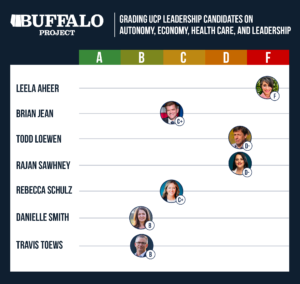 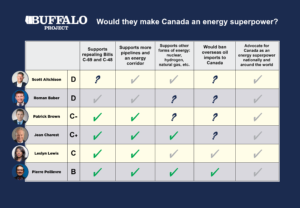 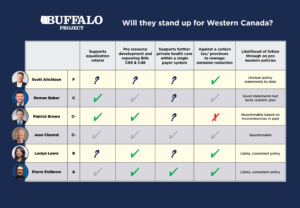 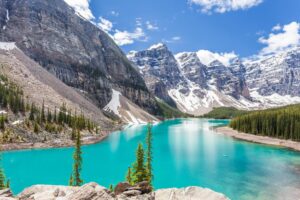